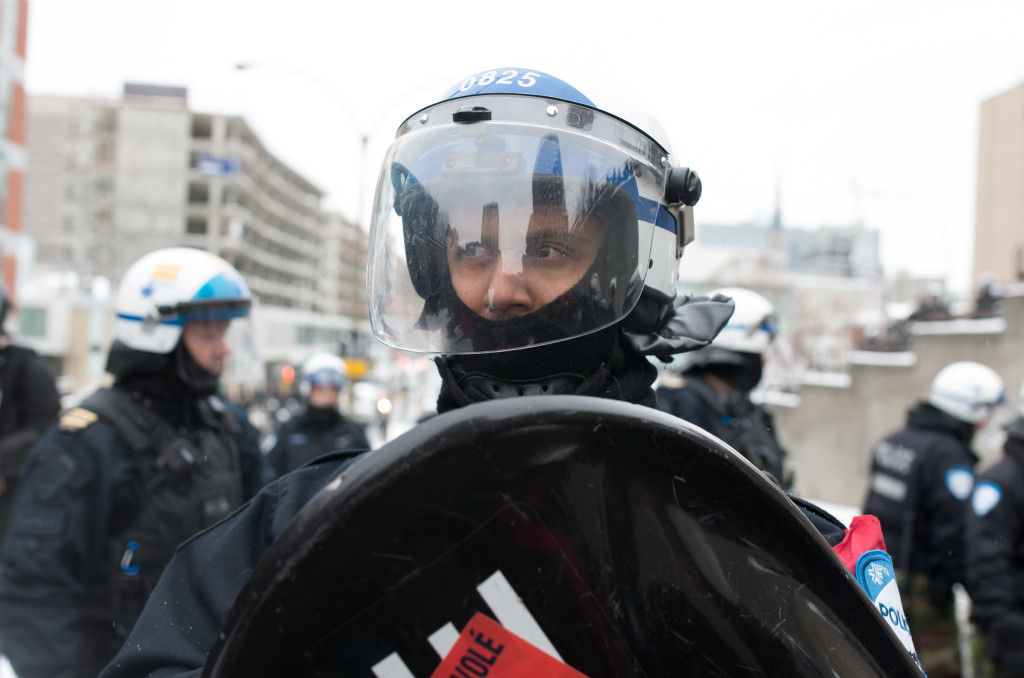 Kettling (also known as containment or corralling) is a police tactic for controlling large crowds during demonstrations or protests. It involves the formation of large cordons of police officers who then move to contain a crowd within a limited area.

A brief chain of thought, written shortly after the fact, on a small anti-police brutality protest I covered in Montreal. I was kettle up with protesters and a dozen or so other journos.

It seems counter productive to deploy hundreds of police including riot cops, horses and helicopters to kettle a few dozen protesters (and journalists) merely because they don’t want to provide a route while marching against police brutality (or anything really). I don’t understand why they don’t just let the protesters mill around and walk through a few intersections until they get bored and head to the nearest bar or vegan food coop. I’m sure rounding everyone up and issuing them tickets they can’t afford recoups some of the police salaries for the day, but there’s no way that covers the costs. It would still likely be cheaper to shut down a couple roads while demonstrators march by. Perhaps a slight traffic jam would ensue and quickly be resolved. Cracking down and issuing fines does act as a deterrent for protesting (while pissing everyone off even more at the same time), but by deterring protesting, freedom of speech and expression is also deterred. When it comes to freedoms vs. convenience, I’ll take freedom any day of the week.

In a time of universal deceit – telling the truth is a revolutionary act.