We arrived in Kiev on a hot August afternoon. I rode in the back of Donny’s Volvo with Kathleen and my brother Liam, while Donny’s pregnant lady friend rode shotgun. Windows down and slightly buzzed from the cheap tall boys sold by Air Ukraine on flights, I was in Kiev for the hell of it. I’d missed the revolution, but something kept calling me to Ukraine. It was the last stop on the tail end of Kathleen’s euro trip, the bulk of which I wasn’t around for. Months previously she had insisted on me joining her, but I wasn’t sold on the idea of spending to much time in the tourist traps of western Europe. My idea of tourism is getting drunk in new and exciting places. I need at least the illusion of a story or work to keep me out of the bar. I wouldn’t tag along without visiting at least one mildly newsworthy destination. She wasn’t sold on Ukraine at first, something about “a war” and her “parents”, but she relented when I brought up tours of Chernobyl.  After meeting in Prague, where I’m half certain I was becoming alcohol dependent, we detoxed in Istanbul, but not before drunkenly missing our flight out of Prague (I’ve been told it was my fault) and ending up with a 20 hour layover in Serbia. The break from heavy drinking in Istanbul was nice… However, I’ve never been a fan of the 5 AM call to prayer, especially in my sleep deprived state. I was refreshed to be in Kiev. At the very least, male strangers didn’t want to attempt to intimidate me for being in the company of a young unveiled blond woman in a skirt. That turned out to be a fairly common occurrence in Istanbul. 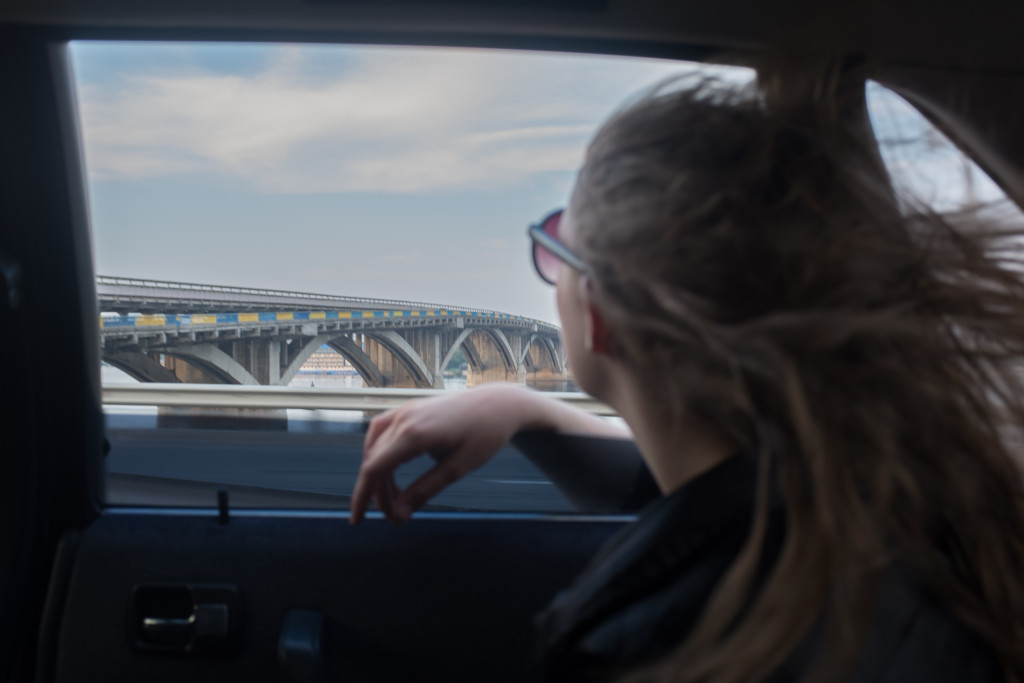 As we cruised towards the center of Kiev, we made small talk with Donny. It was the first time I had met him in person. He was a buddy of a buddy in Canada. Buddy had put me in touch with Donny via Facebook after I mentioned Ukraine. Donny, an interesting guy, has a background story too long to tell in this article. He deserves a series of his own.  The relevant part of the story is when he traveled to Kiev, bought a hostel, found a Ukrainian girl and stayed. As we drove Kathleen shifted the subject to Transnistria. Donny was interested and he mentioned he could drive us there. It ended up as an adventure planned, but not possible thanks to our non-refundable outbound flight booked for a few days later. We all agreed to give it a shot next time around.

The drive from the airport to the city center is a long one with the subject once again changing as we drove along the Dnieper River that runs through Kiev. “You guys should check out the party boats.” mentioned Donny. “Like a booze cruise?” I asked. Donny chuckled, “Yeah, a booze cruise, no one knows what that means here.”  We basked in our common Canadianisms for a moment as we drove through downtown Kiev before pulling up onto the sidewalk and down into an alley. The hostel was at the end of the alley in a 7 or 8 floor building. After grabbing our bags, we headed to the door which was equipped with some sort of code combo lock with no numbers that still confuses me to this day. I futilely wrote down the combination in my pocket book and we headed inside. Once inside I got my first look at the clearly antiquated elevator. “Hey, are we going to get stuck in that thing?” I inquired. “Probably” said Donny. “Alright, stairs it is.” I replied. I didn’t plan on spending my trip stuck in a Ukrainian elevator. (Something other dark tourists have done in the past. I’m looking at you Dom Joly.) Donny’s pregnant lady however, wasn’t too keen on the stairs. “We’ll meet you up there, 5th floor” said Donny before boarding the elevator which slowly ascended the building while producing noises typically reserved for trash compactors. 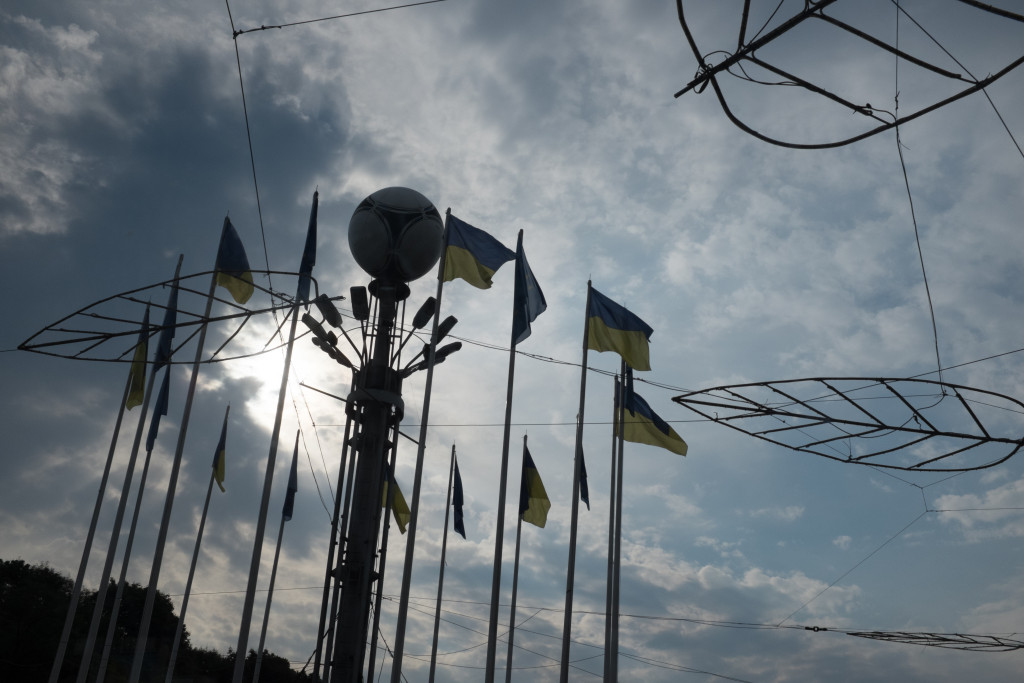 After meeting Donny on the fifth floor and being shown through the second, slightly less confusing keypad door we walked into the hostel itself. We kicked our shoes off and followed Donny to the kitchen where he offered us all a free beer. Of course we all accepted and he gave us the hostel tour, beer in hand. It was a small place, two dorms, living room, bathroom, kitchen and the last stop, our private room. We dropped our bags and Donny closed the door before cash changed hands. With business out of the way we walked over to the kitchen and he introduced us to Alex, one of his hostel guys, before promising to get in touch with us later to grab drinks. I cracked a second beer as Donny left and we chatted with Alex.  I always travel with a Canadian bill on me and showed it to Alex. He hadn’t seen plastic money before. “Can you get it wet?” He asked. Never one to disappoint, I walked to the kitchen sink and held the cash under a stream of what I was told earlier to be “don’t drink it” water. “Can you light it on fire” he asked next. Alex was a cool guy and the conversation lasted long into my third beer. He had a real passion for music. He quietly strummed a fender knock off while we all chatted. When the war broke out he was living in Donetsk, but left for Kiev to escape the violence. Unfortunately when he left Donetsk in a hurry, he was forced to leave his guitars behind. Alex didn’t want war, he wanted music. Before long he was playing ‘Ain’t No Sunshine’. He recruited Kathleen to sing along after she recognized the song. To be honest I’m not sure I’d ever heard it before. They sang and I did my best on percussion. I’ve got a damn good stompin’ foot. By this point I was buzzed enough to think I could play harmonica so I grabbed mine from my bag for the first time of the trip.  We started a little jam, I wasn’t doing too bad. We took turns throwing in licks between keeping up a rhythm. I ran out of breath and stopped playing. “Can I try?” asked Alex. I handed the harmonica over and sat back. As it turns out he was pretty damn good and outdid my performance by tenfold. “You’ve done that before right?” I asked in amazement. “No” he replied. Eventually he admitted to taking lessons as a kid, but that he hadn’t played in years. I decided that the harmonica would have a better life with him. “Keep it man, it’s all yours.”

The trouble with fighting for human freedom is that one spends most of one’s time defending scoundrels. For it is against scoundrels that oppressive laws are first aimed, and oppression must be stopped at the beginning if it is to be stopped at all.